Movax dealer in Uruguay and Argentina

In the picture: Marlexing S.A.’s facilities in Buenos Aires.

Movax has signed distribution agreement regarding Uruguay and Argentina with Marlexing S.A. in October 2015. Company was founded in 2006, and has since operated in Uruguay as a dealer for Sandvik Mining and Construction, Normet and Rammer. Two years ago they expanded operations to Argentina. 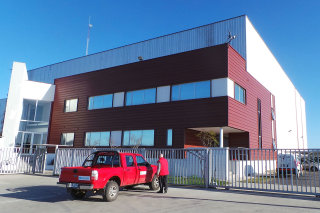